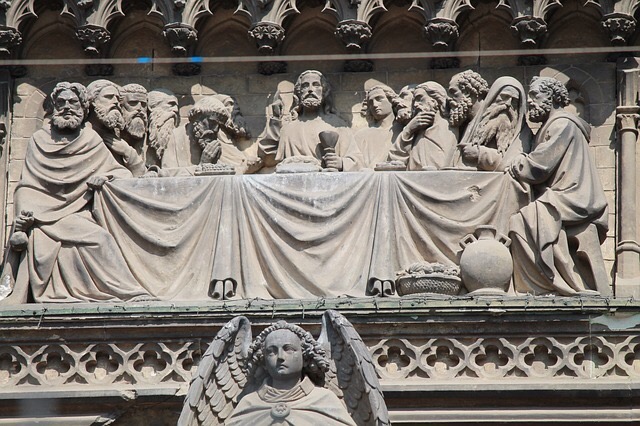 Verse for the day:

“To the Jews who had believed him, Jesus said, “If you hold to my teaching, you are really my disciples.”“Then you will know the truth, and the truth will set you free.” – ‭‭John‬ ‭8:31‬ ‭NIV

The first time I encountered this verse after being to the army and starting university. It was really an eye opener. I grew up religiously; going to one of the pentecostal churches. I went to church on sundays in the morning and to the youth church on sunday evenings, even attending the bible study on wednesdays. I even sang in the church chior.

But I did not really know how to live as a disciple even though I read my bible for about 5 minutes a day.

Getting to the first step of believing is a journey in itself for some people, where I already believed.

Here it was out of the order for jews to believe in Jesus. The jews in essence grew up as the nation God chose to reveal Himself through. They were expecting a military revolutionary messiah. So Jesus came as a spiritual revolutionist, quite the opposite.

So the question is who is the real disciples?

Is it the people who just believe in Jesus, go to church and their celgroup during the week helping the poor now and again? They are really good people.

Or do you know the truth of how to get saved and can help people to be closer to God?

The key lies in the first verse. It says: ” If you hold to Jesus’ teaching”.

That means obey them right!

So do you structure your life around God’s commands?

Do you know what they are?

When you prepare to go to a very important business meeting you prepare yourself properly. You get all your facts in order, your supporting documentation. Also you have a strategy in place to go forward to make the company grow. You would not just show up and wing it, unless you are brilliant and have a very charismatic personality.

Do we know the facts, the supporting evidence and have the strategy in place to go to heaven. Or do we just hope for the best not really putting in all our effort.

You see for Jesus here there is real disciples and not real disciples, people going to heaven and those who are not. That unfortunately is the reality in God’s mind who makes the decision if you will go to heaven or not.

Another point is people argue is but they know the truth. According to Jesus we only know the truth when we hold to it, and that will set us free from sin and live as a disciple.